Wyoming is a state in the United States of America and is located in the north of the country. Wyoming’s state motto is “Equal Rights”, hence the state’s epithet: Equality State. The east of the region is one of the Great Plains while the west is already in the Rocky Mountains.

Before today’s Wyoming was conquered by European settlers, mainly Indian tribes lived here who made their living by bison hunting. The animals served them as a source of food and the fur, bones and hair of the animals were important components of their culture and life. The European immigrants recognized this very quickly and when it came to driving the Indian tribes out of their territories, efforts were made to decimate the bison stock until it was no longer sufficient as a livelihood for the Indians.

The history of Wyoming is not only burdened with sad memories. Wyoming was the first area in what is now the USA to introduce women’s suffrage in 1869. Throughout history, Wyoming was a progressive state in terms of women’s rights. The first female MP in the United States came from Wyoming and the first female governor was elected to Wyoming.

Wyoming’s natural landscape is full of contrasts. In the west, the Rocky Mountains dominate the landscape. The mountains influence not only the landscape but also the climate, vegetation and wildlife. In the east, the region merges into the Great Plains. The wide plain dominates here where the bison used to live and where agriculture is mainly practiced today.

Several national parks, natural monuments and also state parks are dedicated to the beautiful nature in Wyoming. Grand Tenton National Park is in western Wyoming. Here you can find some of the most beautiful mountain landscapes in the region and the many lakes in the valleys and on the plains contribute to a varied landscape.

The Yellowstone National Park is the oldest national park in the world and is one of UNESCO World Heritage Site.

Not only is the landscape beautiful here, the wildlife is also unique. Wolves, bison and grizzly bears still live in this area today and make the region so special and worth protecting.

Wyoming, in the western United States, is a state made up of very high mountain ranges that are covered in snow during winter. Jackson Hole is the best known place there. It is a region made up of small villages that houses everything from luxurious hotels to simple inns. The cool thing is that when visiting the destination in winter and summer, it is possible to have the feeling of knowing two different places, since during low temperatures the place becomes one of the most popular ski resorts in the country. In the summer, the old desert climate takes over the space, giving it the air of a true American old west. Outdoor activities and trails are very common at this time of year.

The real sights of the state are its landscapes with their impressive fauna. For nature lovers, a visit to the national parks is a must and should be anchored in every tour program. There are also valuable insights into the life of the indigenous people. Some historic cities have been restored so that they can be preserved for future generations.

Grand Canyon of the Yellowstone

The route in the fantastic Grand Teton National Park is 70 kilometers long and takes visitors into a landscape of rugged peaks and idyllic lakes. Numerous historical cities lie on the panorama path and take hikers back in time.

This rock formation is over 65 million years old. Tours can be made here with a ranger. Climbing on the steep wall should only be done by professionals. The monument is open all week. The Belle Forche River is open from May to October if the weather is nice. The hiking trails can also be crossed in winter, but are not well maintained at this time of year.

This military and fur trading post was opened in 1834. Twelve restored buildings and the Old Iron Bridge can be visited here. Historically dressed tour guides are happy to provide information about past life in the fort. In 1849 the fort was sold to the U.S. Army. New buildings for the officers and soldiers were quickly built. Over the years, the fort strengthened its position and became the main military outpost. First of all, they maintained a friendly relationship with the Indians. But that changed as more and more emigrants passed the fort. The war with the Indians began. After completion, there was no use for the fort. It would almost have rotten if it had not been included in the national park system in 1938.

Wapitis hibernate in this area near Jackson. A sleigh ride on a horse-drawn sleigh is a special experience at this time of year.

Buffalo Bill Center of the West

Here visitors will find five museums, including the Buffalo Bill Museum. If you would like to learn more about the wild west, you should definitely make a detour here.

The eastern Shoshone and the Arapaho are located here from the north. There are several cultural sites, historic cities and a trading post of the former indigenous people to see. Visitors can immerse themselves in the life of the Indians from back then. 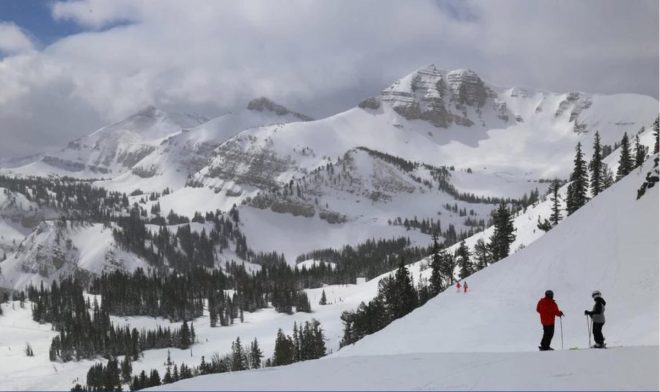