When Alport syndrome is an inherited disease. The kidneys, eyes and inner ear are primarily affected.

What is Alport Syndrome?

Doctors also refer to Alport syndrome as progressive hereditary nephritis. What is meant is a hereditary disease in which there is a progressive nephropathy that leads to kidney failure.

Doctors also refer to Alport syndrome as progressive hereditary nephritis. What is meant is a hereditary disease in which there is a progressive nephropathy that leads to kidney failure .

The Alport syndrome was named after the South African doctor Arthur Cecil Alport (1880-1959), who the first described illness in 1927. In 1961 the hereditary disease was given the name “Alport Syndrome”. The rare disease is primarily seen in boys and men.

Despite its rare occurrence, Alport syndrome is the second most common genetic kidney disease in children and young adults. Genetic mutations in type IV collagens are the cause of the hereditary disease. Collagens are an extremely important part of the collagenous connective tissue. This in turn ensures the stability of organ and cell structure walls. The connective tissue can be found almost throughout the body.

It occurs on the skin, blood vessels, nerves, glands, mucous membranes, tendons and muscles. Type IV collagen is also found on the basement membrane of the kidney corpuscles, the eyes and the inner ear. For this reason, these body structures are also affected by Alport syndrome. Progressive hereditary nephritis is caused by the inheritance of genetic defects that already exist within the family.

However, around 15 percent of all diseases also result from new mutations. Since the genetic defect is transferred to the sex-related X chromosomes in Alport syndrome, more than 80 percent of all sufferers are male. In contrast to girls, boys only have one X chromosome.

For this reason, it is not possible to compensate for the genetic defect in boys. In girls, due to compensation, depending on the inheritance, Alport’s syndrome does not necessarily break out. However, the disease can be passed on to later children.

Alport’s syndrome is initially noticeable in the kidneys through the appearance of blood in the urine (hematuria). As the disease progresses, protein also shows up in the urine (proteinuria) . In the case of infections, the urine is pink, dark red, black or brown, which, despite the terrifying appearance, does not mean any danger. Once the infection subsides, the urine color usually returns to normal.

The ears are also affected by the hereditary disease in the form of inner ear hearing loss that occurs on both sides. It shows up in around 50 percent of all sick people aged between 9 and 12 years. Around ten percent of patients also suffer from changes in their eyes. These are changes in the fundus of the eye, cataracts and a cone-shaped bulging lens.

In rare cases, leiomyomatosis and a malformed esophagus are also found. Malformations of the intestine and trachea are also possible. This can result in symptoms such as inflammation of the esophagus, difficulty swallowing, chronic constipation or swallowing food in babies or toddlers. Finally, chronic progressive renal failure occurs . For this reason, kidney replacement therapy is often required from the second decade of life.

Alport syndrome can now be diagnosed relatively early with the help of various methods. These include a kidney sonography ( ultrasound examination ), a kidney biopsy, in which a tissue sample is taken from the kidneys, a blood test to determine the blood values, as well as an examination of the urine, which is used to determine the amount of protein.

Furthermore, genetic analyzes could be carried out in a laboratory. Another diagnostic method is to test the child’s eyesight and hearing. A detailed medical history of the family also plays an important role. The diagnosis of Alport syndrome usually only begins when the typical symptoms or functional disorders of the kidneys are present. The course of Alport syndrome can be very different. In young adulthood, however, kidney insufficiency must often be expected, which necessitates dialysis (blood washing).

Various complications can occur with Alport syndrome. These depend primarily on whether Alport’s syndrome was inherited or whether it was caused by an infection. As a rule, there is a change in the color of the urine in Alport syndrome. The urine is red in color and contains blood.

This color looks relatively frightening to the patient, but has no health effects on the body. When Alport’s syndrome goes away, the color of the urine will return to normal. In most cases, Alport syndrome leads to hearing loss. Children in particular are affected by this complication.

It leads to a reduced quality of life, which can lead to severe psychological problems and depression in children at a young age. In many cases, this hearing loss can also lead to bullying. It is not uncommon for Alport’s syndrome to also affect the eyes, which can lead to cataracts or impaired vision.

In some cases, the syndrome also has a negative effect on the throat and bowel, which can lead to swallowing difficulties or malformations in the bowel. In young children with Alport syndrome, swallowing may occur more frequently. Treatment can be given early and severely limit symptoms.

When should you go to the doctor?

In the case of Alport syndrome, a doctor must be consulted in any case. As a rule, the patient’s quality of life is extremely reduced as a result of the syndrome, so that normal everyday life is no longer possible. The hearing loss in particular must be examined and treated by a doctor. The person concerned may be dependent on a hearing aid. Cataracts can also be removed by an ophthalmologist so that the person concerned no longer suffers from visual disturbances.

The syndrome is primarily noticeable through dark urine, whereby a doctor should also be consulted. As a rule, the syndrome is recognized immediately after the child is born. The respective complaints can, however, be treated correctly by a specialist.

An effective treatment of Alport’s syndrome is not yet possible. Although intensive research is currently being carried out, there is no prospect of a cure for the insidious hereditary disease in the years to come. For this reason, therapy remains limited to treating the symptoms. To stop kidney failure for as long as possible, medical care should begin in early childhood.

An important part of the treatment is the administration of ACE inhibitors such as Xanef or Ramipril. Alternatively, AT antagonists can also be administered. According to studies, the administration of these agents delays renal insufficiency by about 10 to 15 years. Since kidney failure leads to an increase in blood pressure and thus to further damage to health, it is important to start appropriate therapy at an early stage.

Despite all treatment measures, terminal kidney weakness cannot be completely stopped. If the kidney failure progresses, hemodialysis is essential. A kidney transplant can also be carried out later . The sick child can receive hearing aids to treat the inner ear hearing loss. If their eyesight is impaired, they are given glasses or contact lenses.

In the case of a cataract, an operative correction can be carried out. It is important to have the symptomatic treatment carried out by doctors from several specialist areas. These include an internist, an ear, nose and throat doctor and an ophthalmologist. A genetic counseling of the affected persons is also considered to be sensible.

Alport syndrome primarily causes discomfort to the ears, eyes and kidneys. The everyday life of the person affected is made significantly more difficult by this disease. This leads to a hearing loss, in which the affected person can suffer a complete hearing loss in the worst case. There are also some visual problems. The patients can develop cataracts, which can lead to significant restrictions.

Furthermore, the Alport syndrome also leads to renal insufficiency. If left untreated, this can lead to patient death. The affected person then has to rely on dialysis or a transplant in order to survive. As a rule, Alport syndrome also significantly reduces the life expectancy of those affected.

Treatment of Alport’s syndrome is primarily based on the symptoms and symptoms. It cannot be universally predicted whether this will lead to a positive course of the disease. Often the parents of those affected also suffer from severe psychological complaints and therefore need psychological support.

Alport syndrome is one of the hereditary diseases. For this reason, no effective prevention is possible.

With Alport syndrome, the options for follow-up care are usually very limited. It is a hereditary disease that cannot be treated causally, but only symptomatically. A complete cure cannot therefore be achieved.

If the patient with Alport syndrome wishes to have children, genetic counseling can also be carried out in order to prevent the syndrome from being passed on to future generations. With Alport syndrome, the person affected is dependent on taking medication. These should be taken regularly to delay kidney failure.

However, the affected person usually dies from this insufficiency if a transplant does not occur. The life expectancy of the person affected is therefore extremely reduced and restricted by the syndrome. Regular eye examinations are also necessary to avoid blindness. It is not uncommon for Alport syndrome to lead to psychological complaints or to severe depression and other upsets.

If these symptoms also occur, it is very helpful to talk to your own family, friends or other sufferers of the syndrome. This can also lead to an exchange of information, so that the everyday life of the person concerned is also made easier.

You can do that yourself

If Alport syndrome is suspected, the doctor must first be consulted. The disease must be medically clarified and treated. In addition, the patient can take some measures to support the healing process.

Above all, protection has proven itself. The body is usually very weakened in the first stages of the disease, which is why greater exertion should be avoided. If the disease has caused hearing loss, an audiologist must be consulted.

Under certain circumstances, further therapeutic measures are indicated in order to reduce the restrictions for the sick person to a minimum. Natural remedies such as herbal teas, lozenges, essential oils or inhaling table salt help with swallowing difficulties . Any intestinal problems can often be reduced by changing your diet .

Since Alport’s syndrome is a serious disease that often takes a negative course, accompanying therapy is useful. The person concerned should speak to the responsible doctor or go directly to a specialist clinic for hereditary diseases. In order to avoid serious complications, the course of the disease must be monitored by a doctor. The self-help measures and means mentioned are best used in consultation with the doctor. 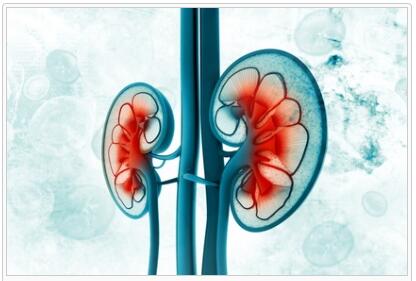