Utah is a state of the United States and is located in the west of the country. The country’s nickname, The Beehive State, alludes to the beehive that the Mormons chose as a symbol of diligence. The state of Utah has been strongly influenced by the Mormons to this day. The capital, Salt Lake City, was founded in 1847 by followers of The Church of Jesus Christ of Latter-day Saints.

The History of Utah – settlers, refugees and religion

The first European settlers to settle in Utah founded today’s capital, Salt Lake City, in 1847. Named after the large salt lake, it is located in the north of today’s state.

The settlers were Mormons and sought to bring as many followers of their church to the region as possible. Routes and carts were organized for new immigrants, and people sometimes walked 90 days to reach Utah. The harsh climate worried the travelers and not everyone reached their new home.

At the request of the church, the state should have been called Deseret. However, this was prevented by the US government, the separation of church and state must be guaranteed. The name Deseret comes from the holy book of the Mormons.

Utah needed several attempts to become a United States. Some attempts failed due to Mormon conflicts with government mandates. Mormon leaders first had to abolish polygamy before Utah could become a state.

So much nature – so much to see

Utah has an impressive number of nature, state, and national parks, and natural monuments. The impressive and varied nature was recognized in many places as worth protecting and is now a tourist magnet. Despite the many visitors, Utah remains a vast area and lonely places without much hustle and bustle can be found easily.

Arches National Park is in eastern Utah. His trademark is the impressive stone arches that have become the symbols of Utah. The stone arches were created as a result of the special climate. They were shaped by wind and water and are typical forms of a landscape affected by erosion.

The park is now the most visited national park in Utah.

The desert-like landscape of the stone arches alternates with grasslands, forests and the river banks of the Colorado River.

Utah is located in the west part of the United States. Known for hosting incredible national parks, the destination is the right choice to enjoy outdoor activities that nature can offer. During the summer, lakes and trails await the tourist – in the summer, the destination is very popular for those who want to camp, for example. In winter, the country is the right choice for those who want to visit ski resorts without having to spend small fortunes. 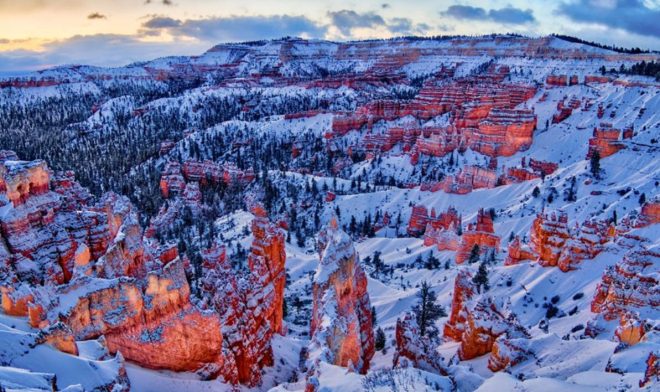