Tennessee is a state of the United States of America and is located in the south-east of the country. Its capital is Nashville. Tennessee is known among music lovers for its blues, the birthplace of rock’n’roll and country music. Many artists of these genres come from the state and even among less musical people Memphis, Tennessee is known as the place where Elvis Presley lived.

Tennessee History – On the North-South Border

As in many areas in the USA, the Indians in Tennessee had to give way to the settlements of European immigrants. In Tennessee, it primarily affected the Muskogee and Yuchi tribes.

The Cherokee’s displacement to Arkansas was also known as the Trail of Tears.

However, Tennessee soon rejoined the United States. On July 18, 1866, Tennessee ratified the article that abolished slavery, leaving the Confederation of States.

Tennessee became famous again in the 1960s and 1970s. The state received international attention as the focal point of the civil rights movement.

The Great Smokey Mountains National Park is on the border between North Carolina and Tennessee. It has existed since 1934. Today it is the most visited national park in the USA. The park is a UNESCO World Heritage Site.

As the name suggests, the area is a mountainous country but visitors can also admire forests, meadows and small streams as well as large rivers.

Nashville is in northern Tennessee and is best known as the center of country music. Not only musicians live and come from this city, many music publishers and studios also have their headquarters in the City of Music.

Tennessee, in the southern part of United States, has a bit of history and modernity. There are scattered points of the American Civil War, monuments to civil rights and some of the most important tourist spots in the history of music. Nashville is the capital and major city in the state of Tennessee. 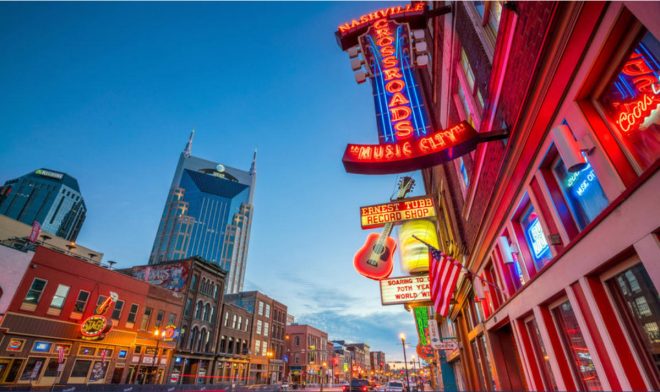