Indian tribes, wars and upswing – a long way from then to now

Even before the first Europeans came to this area, many different Indian tribes lived here. They mainly settled on the rivers of the hinterland. The conditions here were good and the soil fertile.

After the area was explored by Spanish conquerors in 1540, a gold rush began. This was triggered by false reports about golden cities and huge treasures that should be available here.

Modern history left its mark on the Alamogoro test site in 1945 for the first time.

Land of the enchanted – true adventure in an endless landscape

Many parks and trails allow visitors to New Mexico to enjoy nature in all its facets far from everyday city life. In a few places on earth there are landscapes that offer as much diversity in a small space as the New Mexico landscape.

The Grande Nature Center State Park offers nature experiences of a special kind. Here you can spend nights under the starry sky, admire rare cactus species and watch wild animals from the observation room in the visitor center of the park.

Nature and history are explored equally when visiting the Aztec Ruins National Monument. Old ruins from times before the European settlement are open to the public and framed by wild nature.

The New Mexico is the fifth largest state in the United States which borders Mexico. Its capital, Santa Fé, is one of the most visited places in the New Mexico. Anyone who explores its streets has the impression of being outside the United States, since its architecture, customs and climate tend to be very different from what is imagined from the land of Uncle Sam – the place has great influence from the neighboring country – Mexico.

Enjoy its historic churches and explore the desert climate of the region. These are some of the attractions of the state. There, the famous Route 66 passes, a road that goes from Chicago to Los Angeles, crossing eight states and passing through three different time zones. The highway holds some curiosities: there appeared the first McDonald’s in history, and the first motel in the world. 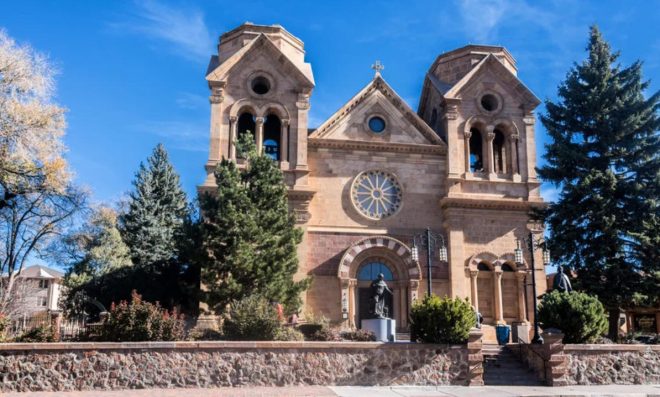