At the beginning of the area’s colonization, the country was explored by both English and French explorers. Due to the favorable location on the coast and the proximity to the Canadian provinces, fishermen in particular settled here who benefited from the shoals on the coast.

More and more traders came to the region to use the ports. Many of them were very wealthy, creating a wide gap between the poor and the rich. The slave trade was also widespread.

New Hampshire has been one of the founding states of the United States since 1788. Large waves of immigrants from Canada were drawn to the large textile factories that settled here during industrialization.

The state traditionally belongs to New England. As a more conservative state, all eyes are on it in the US presidential election. Very early elections are held here with Iowa, giving an outlook on the further course of the election.

The four seasons – a colorful play of colors

New Hampshire’s nature is made up of large mountains, vast forests in the north, a large lake region and the coast in the east.

The area of ​​the lakes lies in the middle of the state. The most famous of them is Lake Winnipesaukee.

New Hampshire is also famous for the fascinating play of colors of the trees as the seasons change. Many tourists come in autumn to see the leaves of the trees change from green to red and then to orange in the woods. Whole forests shine in different colors and shades.

New Hampshire may look small on the map, but its diverse regions offer a variety of destinations and attractions, from historic river valleys to towering peaks in the highest mountains in the Northeast. One of the must-see places there is Mount Washington, known for being one of the highest places in the United States.

The state is famous for its steep roads and its railways. Although it has an unpredictable climate, Mount Washington still attracts a lot of tourists who enjoy outdoor activities.

New Hampshire is one of the smallest states with an area roughly the size of Mecklenburg-Western Pomerania. Nature is very important here, whether hiking or camping in summer or skiing in winter. New Hampshire has 20 miles of oceanfront, and teenagers love spending their weekends on Hampton Beach. The largest city is Manchester with about 110,000 residents and the capital is Concord. New Hampshire is particularly attractive due to its location in New England. The state borders Vermont, Maine, Massachusetts and the American province of Québec, and is only 80 km from Boston. 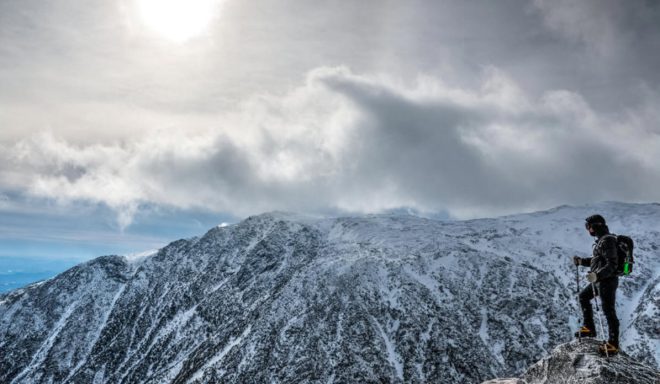