Montana is a state in the northwestern United States. Depending on the source, the name Montana is derived from either Spanish or Latin and means mountainous or mountainous in German. Montana is located in the Rocky Mountains and is one of the so-called mountain states. The capital of Montana is Helena. Montana is rich in mineral resources and has earned its nickname State of Treasures.

Indians, buffalos and a sky without limits

Before the European settlers came to this region, vast prairie landscapes stretched here and the Indian tribes who lived here hunted buffalo, which gave them everything they needed to survive.

In the time of the first European settlers, the buffalo herds were so decimated that they were no longer enough for the locals to survive. European hunters had hunted and killed the buffalo on a large scale to sell the valuable fur and leather.

At the first signs of the gold rush around 1863, more and more people came to this region to get rich with the shiny metal. The first gold rush was triggered by finds on the Alder Gulch, east of Dillon. The former gold mining towns are often no longer inhabited today. Ghost towns and ruins are reminiscent of the hustle and bustle of the settlers.

In other cities like Butte, museums today remind us of the past. The World Museum of Mining not only shows objects from the life of the city’s residents at the time, many examples of finds can also be admired here.

The state capital, Helena, was also founded by a gold find. In the early 1970s, settlers found enormous amounts of gold in Last Chance Gulch. The city then grew rapidly and was later named the capital.

Today Highway 12 leads west from Helena. It is one of the most beautiful in the country and, despite its popularity, is not overcrowded.

In the United States, Montana is known as The Big Sky. It describes the vast country that still exists today and the vast sky over Montana.

Grasshopper Creek, Beaverrock Mountain and the gateway to the mountains

There is still a lot of untouched wilderness in Montana. One area is the Bob Marshall Wilderness. The forest has been under nature protection since 1964 and is therefore a region with forests that appear underneath without asphalt roads. The Great Bear Wilderness and the Scapegoat Wilderness are now protected areas.

But not only the small unprotected areas are beautiful. Many famous national parks are located in whole or in part in Montana.

These include, for example

But not only national parks, there are also state parks here like sand by the sea and yet everyone is something special.

What makes tourists consider Montana the most popular destination to? One photo alone would answer the question, but it still wouldn’t be enough to show the beauty and grandeur of the state. With unmissable national parks, the destination is the right bet for those who like to know surreal scenarios that seem to have come out of a picture.

One of these places is the Glacier National Park, where tourists are faced with blue water lakes and mountains with snow-capped tops, forming the perfect setting for great photographs. In addition, the park is rich in lakes, waterfalls and trails, containing peaks over 3,000 meters high! 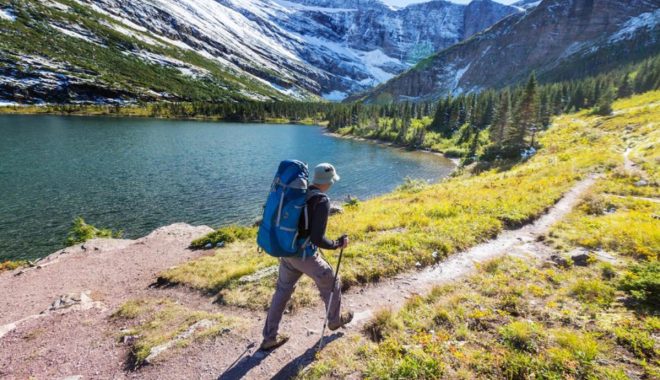