Florida is bordered by Georgia and Alabama. Florida is also close to Cuba and Haiti. The state has a pleasant climate and spans two climates. The climate is tropical and humid in the south while it is subtropically humid in the north. Due to the tropical climate, however, there are also many hurricanes, which can also be observed here in Germany from June to November, and which often cause considerable damage. There is hardly any snow here, as the temperatures often reach 25 ° C even in winter.

The largest cities here include Jacksonville, Miami, Tampa and Saint Petersburg. Tallahassee is the capital of Florida, but has significantly fewer residents and is much less known than Miami, for example.

Florida was first discovered by Spanish sailors around Easter 1513. A little later, in 1521 the colony of La Florida was to be founded here on behalf of the Spanish government. However, there was neither gold nor a suitable location for a colony in this region, which is why the establishment of a settlement took some time. Huguenot and Spanish settlements emerged again and again in the current years, although they were not of significant size. Between 1500 and 1800 Florida was again and again the venue for English and French hostilities. Opposing settlements were repeatedly destroyed or captured, often with the help of allied Indians.

Many of the Indians died from the diseases introduced by the Europeans because their bodies were not prepared for the new germs. So entire tribes were wiped out.

There were always clashes between Spain and the English. The rule over this area often changed.

With the founding of the USA and independence from the colonial rulers, Florida also became independent and became the 27th state of the USA on March 3, 1845.

Florida – More than a beach vacation

Florida also has a lot to offer in addition to its famous white sand beaches and palm trees. Numerous national parks (Biscayne National Park, Dry Tortugas National Park, Everglades National Park) give an insight into the breathtaking nature of Florida.

The Everglades in particular are a world-famous wetland and not only interesting because of its wildlife.

For horse and nature lovers, the Florida wilderness can be explored on horseback.

A riding vacation can be the perfect opportunity to explore the natural coast of Florida in more detail or to see the tropical beauties with their palm trees and exotic plant species up close.

Many of the cities in Florida offer something for everyone to experience. Larger cities like Miami in particular are popular destinations for international tourists. Here, city and beach holidays can be optimally combined and day trips to the surrounding areas are also easy to organize.

Florida has many international and smaller airports. Many of the small holiday resorts are also connected to airports, which makes travel even easier.

The Florida is one of the most visited destinations in the United States. With an itinerary for all tastes, the place shelters from paradisiacal beaches to famous amusement parks. In other words: it is the perfect destination for any traveler.

Florida Keys is a group of islands close to Miami and Key West is the largest of them. Located at the end of the peninsula, the island is the furthest from the continent and is only 150 kilometers from Cuba (distance calculated by sea). This is where most tourists go – as it is the largest island which has a better structure and more beautiful landscapes due to its location.

Florida is the southeastern tip of the United States and lives up to its nickname: The state has warm to hot weather all year round, which is blown by the Caribbean. White beaches, nice people, countless leisure opportunities and a colorful nightlife can be expected here. And if that’s not enough, you can visit the world-famous Walt Disney World Resort to let the inner child laugh again.

Tallahassee (and not Miami) is the capital of Florida. It is located on the northern border of the state and can be reached by car, plane or train. Tallahassee has the “Leroy Collins Leon County Public Library” with approximately 480,000 books, 34,500 audio and 28,000 video documents, but also a wide range of parks and sports facilities. 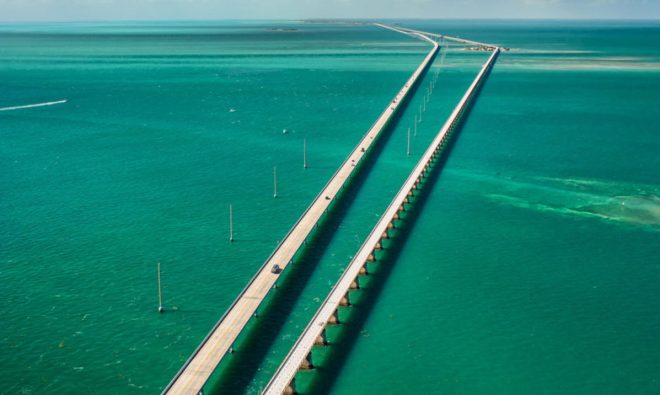