Arizona is a state in the United States in the south-west of the country and borders with Mexico in the south.

Large parts of the state form the desert in which the famous Grand Canyon is formed by the Colorado River.

Even before the colonization by the Spaniards, some Indian tribes lived in this area. For a long time, Hohokam culture was in southern Arizona. After the settlers had founded several cities here in the region, the region belonged to Mexico for some time after it became independent. In the 19th century, the area became the first Indian reservation in the United States. The border with Mexico has always had large immigration flows from the south.

Not only the Grand Canyon is popular with visitors.

The many national parks and natural areas including the desert are also worth a visit. Due to the dry desert climate, Arizona often has very high temperatures during the day and often low temperatures at night. The temperature differences are mainly due to the proximity to the Rocky Mountains.

Due to the desert climate, a lot of different cacti grow here. Many species are very well known and the palm lilies are also very common. In the mountainous regions of Arizona there are dense forests that can stretch to the summit. There are also some bears in these areas.

In Arizona there is not only interesting nature and breathtaking landscapes but also centuries-old archaeological sites. Many of the old cities are still preserved. At the time Arizona was still on the United States border, there were many of the so-called Frontier cities here. Some of them are still preserved today.

The Grand Canyon is not the only canyon worth visiting in Arizona. Especially in the north there are beautiful landscapes that are crossed by canyons. In the south of Arizona there are the large deserts that make a special experience with their vast, lonely landscapes and their cacti.

Arizona is one of the hottest U.S. states, mainly because it is composed of desert areas. One of the great attractions there is the Grand Canyon National Park which is one of the postcards of the country. With imposing canyons inserted in a desert landscape, the space occupies an area of ​​more than 400 kilometers in length with cliffs and more than 1600 meters in depth.

The largest canyon on the planet is the right adventure for those who like to explore the “B side” of the United States, avoiding the traditional script of parks and outlets that attract tourists so much. For those who love nature and want to play on the road, the place is more than recommended.

Arizona, the state in the southwestern United States, has much more to offer than just the Grand Canyon. The state is home to approximately 6.5 million residents and over 20 National Monuments are spread across the state.

The capital city of Phoenix in particular counts around 300 days of sunshine a year and impresses with 5 pro sports teams and the largest city park in the world.

The large city of Scottsdale is also a popular travel destination and is best known for its distinctive art scene (the city has more than 80 art galleries). Both cities are among the top 50 best cities in the United States.

But other cities in Arizona also have their sights, such as the ‘Old Tuscon Film Studios’, a theme park in Tuscon and the national historical landmark, the Hoover Dam. 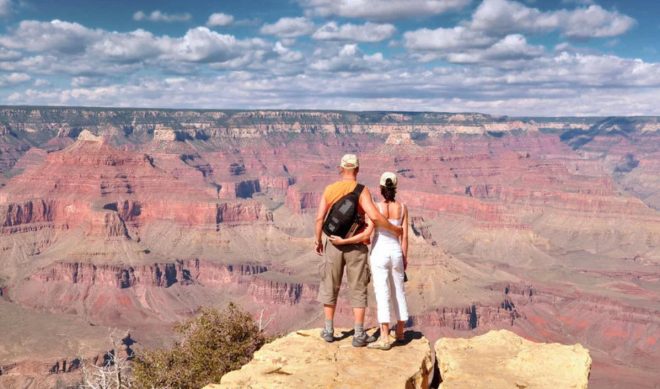